↓
Some posts contain affiliate links, marked with an asterisk *
Home→Uncategorized→One of 2,996 – A Life Cut Short on 9/11

Share my journey - coping with the testing, the medicines, nutrition, digestion problems, exercise, the emotions, uncertain diagnoses and no telling what else! 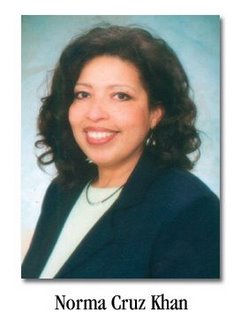 Norma Khan was on American Airlines, flight 77, on her way home to Reston, Virginia, on September 11, 2001, when that plane was hijacked and aimed at the Pentagon. She was 45 years old. She had worked as an organizer for fundraiser programs for non-profit organizations, and had been heavily involved in the Reston Multicultural Festival, held each September in Reston. She was a single parent with a 13 year old son, Imran.

Several people have left memorial comments on various 9/11 sites, praising Norma as a warm, loving woman who cared about people. She was a good mother to her son. There is no way that I can properly pay tribute to this lady that I did not know, but the many lives she touched during her lifetime are a living tribute to her that will last forever.

This site uses Akismet to reduce spam. Learn how your comment data is processed.

Subcribe to Our Feed